The UN-proposed government's Presidential Council (PC) has issued a new order that divides the authorities and specialties of the Oil and Gas Ministry between the Prime Ministry and the National Oil Corporation (NOC).

The spokesman of the air emergency operations room, Mohammed Gunono, said the statement of the US Africa Command commander Gen. Thomas Waldhauser, who stated that IS terrorists are trying to regroup its forces in southern Sirte and that they are not fully eradicated, are relatively true as the air emergency operations room as well as Libyan air force are still working around the clock to get their jobs done.

UN-proposed government's Minister of Transportation, Milad Matoug, said they are working on reopening all of Libya's airports during 2017, adding that according tot he funding given by the Presidential Council, the ministry will concentrate on developing the airports infrastructure and the roads that connect cities within Libya.

The joint operations room in Zaltan intercepted 3 tracks coming from Jamil and Ragdaline towns loaded with 5000 liters of smuggled fuel after a tipoff by the phone informed them that the trucks were dubiously loaded with much fuel. It added that the truck drivers are frequent smugglers that smuggle Libyan fuel to Tunisia.

The fuel and gas crisis committee of Brega Oil and Gas Marketing Company decided to shut down 27 gas stations in southern Libya for not committing to the necessary regulations that aim at ending smuggling and for being suspects of engaging in smuggling fuel. The shut down is a first step procedure before their licenses would be pulled out, the committee said, adding that their cases will be sent to the Attorney General Office for charges of economic crimes.

Libyan embassy in Jordan boycotted the Arab Summit meetings and declined to give logistic aids for the UN-proposed government's Presidential Council delegation that arrived there to attend the meetings, local media reported. They added that the boycotting action came to send a message implying that the PC is a "usurper of power". The Libyan embassy in Jordan is run by eastern government's officials.

A military engineer from Haftar's forces, Mohammed Al-Berasi, was killed when a land mine went off while he was doing demining works in Gawarsha area, Benghazi. The committee of mines in Benghazi said Gawarsha, Bu Nasib, and Ganfouda as well as Al-
Shajar St. areas are too dangerous for civilians due to the war remnants.

Two citizens gave the Benghazi-based Libyan Archeology Authority 21 old bronze and brass metal pieces after they had bought them from a certain individual. The coins were classified as being from the Roman and Greek eras, as six of the pieces were in good shape with clear wiring on them. 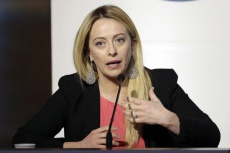 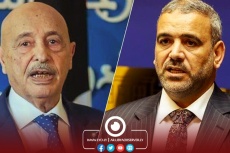 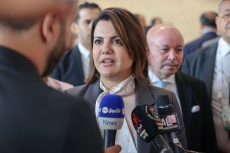 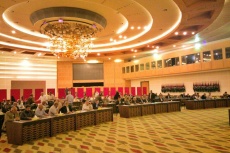