Minister of Foreign Affairs and International Cooperation, Najla Al-Manqoush, revealed Sunday the details of the Libya Stabilization Initiative, as the capital Tripoli gears up for hosting an international ministerial conference on October 21 to support the scheme.

Al-Manqoush said in a speech broadcast by the HAKOMITNA platform that the goal of the initiative is to make Libya an arena for positive economic competition and to find a national mechanism and a unified international and regional position supportive and consistent with the initiative's vision, especially with the approaching date of the presidential and parliamentary elections next December.

Addressing the obstacles hindering the peace process in Libya, the foreign minister said that the initiative would help ensure the optimum implementation of the UN resolutions, including the Security Council resolutions 2570 and 2571 and the Berlin Conferences 1 and 2 on Libya.

Al- Manqoush was also optimistic that the step would support the Libyan authorities to implement their political, security, economic and financial plans and push forward towards building a solid and unified state that enhances opportunities for stability and development and deals with the dangers and challenges standing in the way.

According to Al-Manqoush, the Libya Stabilization Initiative focuses on two paths of paramount importance: the security and economic tracks, explaining that on the military course, the initiative looks to provide the political and technical support to ensure the optimum implementation of the ceasefire agreement and to support the outputs of the 5+5 Committee.

The Libyan government is urging in its proposal, all concerned actors to encourage and support every step forward that would unify the Libyan army under one command, including providing technical support for dismantling and integrating armed groups that were not involved in terrorist and criminal acts, besides rehabilitating them technically and physically.

The withdrawal of mercenaries and foreign forces was also a focus of the initiative, as its continued presence "poses a threat not only to the stability of Libya but to the entire region," Al-Manqoush says.

Regarding the upcoming elections, the foreign minister indicated that they would mobilize the necessary support for the High National Electoral Commission to perform its role positively and transparently.

The initiative will also cover other areas, including transitional justice and national reconciliation, by mobilizing support for the High Commission for National Reconciliation and promoting awareness of human rights through religious discourse and media.

As for the economic and development track, Al-Manqoush said the initiative would seek to boost the economic growth and provide Libyans with the required services to live in dignity and honor on their land, referring to the “Return of Life” project recently launched by the GNU.

"The policy of marginalization and centralization had festered for five decades... It is a heavy legacy which we still suffer from, and we have a commitment and responsibility to address it, but this requires security stability and long-term strategies and plans to create balanced institutions and a fair distribution of resources.”

Criticizing the regionalism and tribalism practice, Al-Manqoush said that these two issues were a source of underdevelopment and division in the country. "The problems cannot be addressed amidst fractious atmosphere or by igniting the fire of strife or exploiting resonant national slogans, which purpose is to thwart efforts to unify state institutions."

She noted the importance of promoting the Libyan identity and confirmed that the government bears responsibility in this respect, underscoring that no one but Libyans can pull the country out of its crisis. 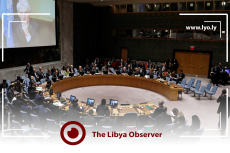 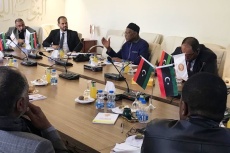 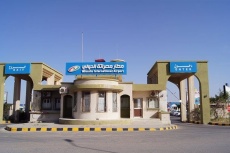 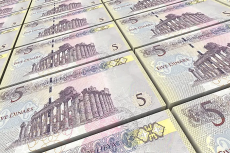 Trailing behind Yemen and Syria, Libya among lowest in the world for corruption perceptions
Feb 5, 2023 - 15:26
END_OF_DOCUMENT_TOKEN_TO_BE_REPLACED