Libyan American Alliance’s Chairman Esam Omeish said Khalifa Haftar’s attorney filed a motion to the Virginia federal court asking not to deliver a conviction verdict against Haftar and to use instead a more moderate ruling.

Omeish said Haftar’s attorney had filed the motion before the final date for the objection to the judge's recommendation to rule in Haftar’s case, claiming that the evidence was insufficient for conviction as the presented crimes didn't undoubtedly prove that Haftar or one of his soldiers was the perpetrator, adding that war conditions in Libya didn't help showcase facts clearly.

He said the attorney claimed that Haftar was cooperative with the court and dealt in good faith with its proceedings, adding that difficult circumstances led to the failure of communication, thus asking for a lesser verdict that amounts to some sort of restrictions as he could respond to the conviction evidence.

The attorney, who asked previously to be exempted from Haftar’s defense team, talked about old details of the case including sovereign immunity for his client and state secrets so he could secure some reasons to change the court's opinion.

Omeish said the victims’ attorney was informed of the motion and they could respond to it as they wait for the lawsuit judge's final ruling after seeing Haftar attorney’s motion. He said there’s a possibility for a  new hearing but a very slim one because the judge has rejected this kind of protraction earlier in this case.

01-11-2022
Haftar mulls another war, says he is close to taking a decisive decision 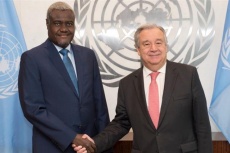 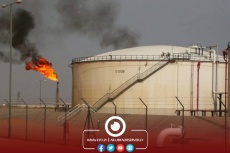 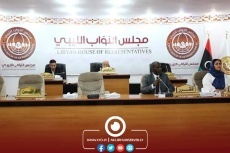 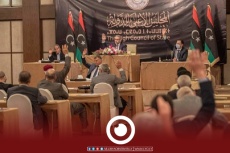