Maltese Minister of Foreign Affairs Evarist Bartolo revealed that 2,256 illegal immigrants arrived this year in Malta, saying "Had it not been for the good relations and strong cooperation with Libya, some 7,000 others who were intercepted would have arrived at the shores of the country."

Bartolo emphasized that cooperation between Malta and Libya has prevented what he called a "huge crisis" however, urgent and long-term issues remained to be, resolved as he put it.

In a speech on Friday during the Migration Board at the Mediterranean Forum 2020, Bartolo urged the European Union to increase its support for Libya so that it can protect its borders and ports while fighting organized crime and human trafficking.

Bartolo also stressed the need to increase cooperation with Africa, enhance economic resilience, create job opportunities, and give the asylum seekers a chance in their country.

He suggested opening more centers in Africa, such as those in Rwanda and Niger, which look into the illegal immigration applications. 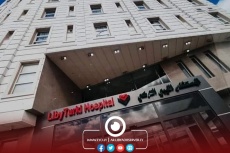