Ibrahim Jodran militia has deplored the attitude of Tobruk parliament and government for turning a blind eye to the latest attack on Al-Sidra oil port and refusing to condemn it.

The tribal militia said in a statement that they will fight terrorism alone and will only seek help from Allah.

"We don't need you, militia spokesperson Ali Al-Hasi said in the statement.

Al-Hasi also accused Tobruk parliament and government of betrayal for standing alongside with Haftar whom he said is seeking power at the cost of homeland unity and martyrs' blood.

"We see both the General Command represented by Haftar and the terrorist IS group represented by Abu Bakr Al-Bagdadi as two sides of the same coin." Al-Hasi said.

On Thursday, drive-by attackers, said to be IS-affiliated ones, opened heavy fire using automatic machine guns on the western gate of the Al-Sidra port, killing three of Jodran guards.

The IS group has not claimed responsibility for the attack as they usually do. 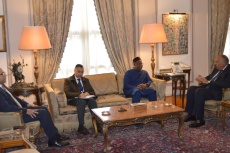 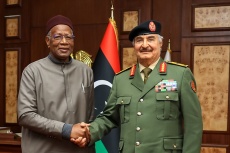 UN envoy, Haftar agree on need for all Libyan parties to partake in facilitating elections
Feb 7, 2023 - 19:22 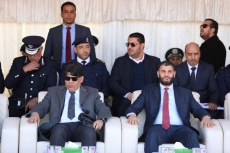 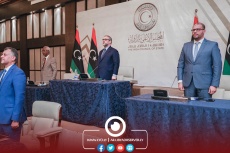